Tou Ger Thao, on crutches after being shot in the leg, near Vang Vieng, Laos, June 28, 2006. His message to the world, " I am a Hmong civilian. I was attack by the communist troops on the 9th of October, 2005. One of my companions by the name of Long and I were out to catch some fish at the in the forest. We came under fire by the communist troop. My companion, Long Thao, was killed while I was injured on my leg. The communist troops came from the military encampment at Tin Oung. Roughly 20 men attacked the two of us so my companion was killed. My leg was broken and it has been nine months now that I am unable to walk. ..I am pleading to the America, leader of the world, to come and save our lives. We have been under constant attack by the communist military for 30 years now and we are perishing. The majority of our population had been killed leaving a small number of us survivors. Among the survivors, the majority of us have wounds and some are blind. So I am asking you America, the world leader, to come save us and bring us medicines to treat us and food to feed us Hmong trapped in the jungle. We have not committed any crime but being hunted down by the communist Lao. We are near the edge of perished so I am asking you, America, to save our lives." ...**EXCLUSIVE, no tabloids without permission** .These pictures are from a group of Hmong people who report an attack against them April 6, 2006 by Lao and Vietnamese military forces. 26 people perished, 5 injured, and 5 babies died shortly after because their dead mothers could not breast-feed them. 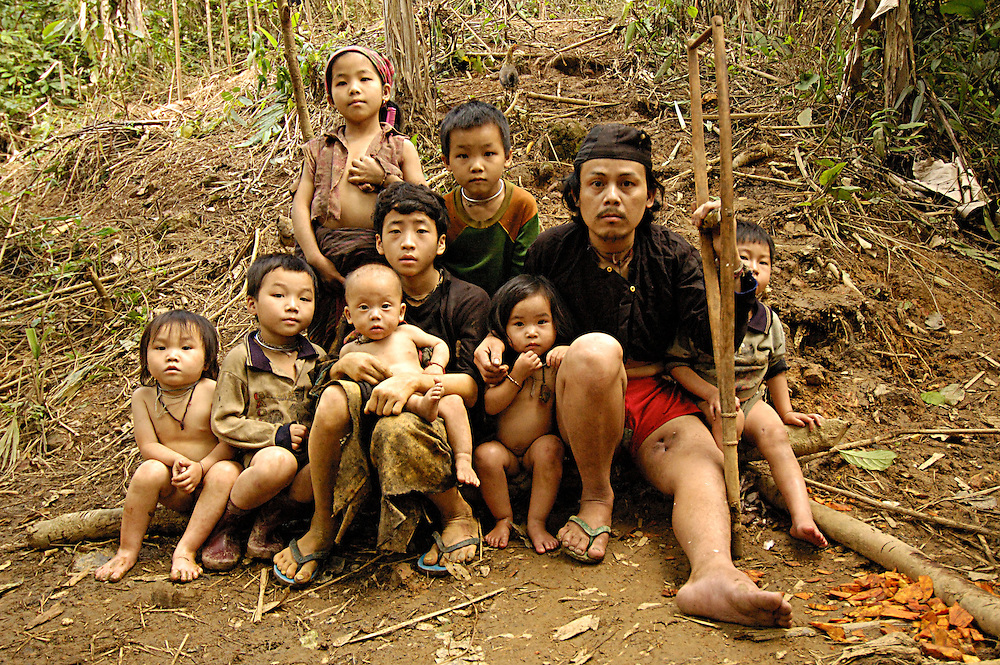