Young Hmong girls return with bamboo shoots for food, near Vang Vieng, Laos, June 28, 2006. The women and children hunt all day in the forest for wild roots and berries while the men do their best to protect them. They usually spend about 18 hours per day just trying to find food and often go hungry. They say the Lao army shoots at them so often they are unable to stay in one place to farm vegetables or livestock. Many suffer digestive problems, malnutrition and starvation...**EXCLUSIVE, no tabloids without permission** .Pictured are a group of Hmong people who report an attack against them April 6, 2006 by Lao and Vietnamese military forces. 26 people perished, 5 were injured, and 5 babies died shortly after because their dead mothers could not breast-feed them. Only one adult male was killed, the other 25 victims were women and children (17 children). The Lao Spokesman for the Ministry of Foreign Affairs says this is a fabrication, an investigation has been completed, and there was no attack. The Hmong group says no officials have interviewed witnesses or visited the crime scene, a point the Lao Spokesman did not deny. ..The Hmong people pictured have hidden in remote mountains of Laos for more than 30 years, afraid to come out. At least 12,000 are said to exist, with little food, scavenging in the jungle. Most have not seen the modern world. Since 1975, under the communists, thousands of reports evidence the Hmong have suffered frequent persecution, torture, mass executions, imprisonment, and possible chemical weapons attacks. Reports of these atrocities continue to this day. The Lao Government generally denies the jungle people exist or that any of this is happening. The Hmong group leader, Blia Shoua Her, says they are not part of the Hmong resistance and want peace. He claims they are just civilians defending their families, hoping to surrender to the UN.. 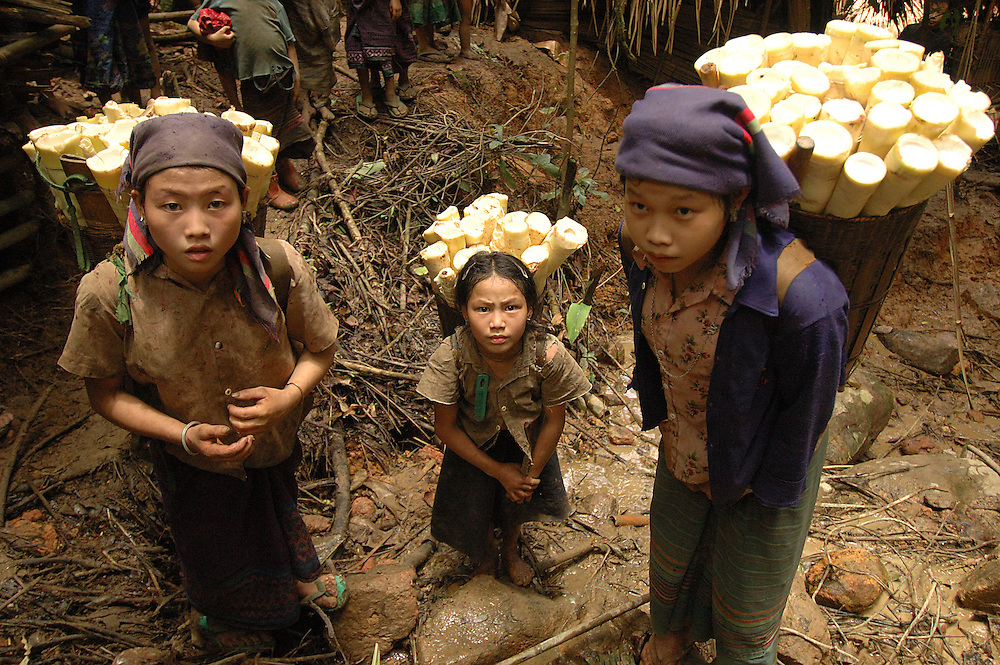