Female Deputy Team Leader, Phisamai Linsaiyoum, age 20, prepares the last steps connecting the firing device to the black firing wire. She admitted, "Just after the large explosion I am very happy because if there is a misfire then I have to go and inspect what is wrong. At that time it is very dangerous. But so far I never have a misfire."..She detonated 76, BLU 26 cluster bombs, laying buried in the dirt after being located by one of the Mines Advisory Group ladies teams. She disposed of the bombs without moving them in a controled demolition using TNT and C4 explosives. It took the team 7 days to clear 14,352 sq meters...Laos was part of a "Secret War", waged within its borders primarily by the USA and North Vietnam. Many left over weapons supplied by China and Russia continue to kill. However, between 90 and 270 million fist size cluster bombs were dropped on Laos by the USA, with a failure rate up to 30%. Millions of live cluster bombs still contaminate large areas of Laos causing death and injury. The US Military dropped approximately 2 million tons of bombs on Laos making it, per capita, the most heavily bombed country in the world. ..The women of Mines Advisory Group (MAG) work everyday under dangerous conditions removing unexploded ordinance (UXO) from fields and villages...***All photographs of MAG's work must include (either on the photo or right next to it) the credit as follows: Mine clearance by MAG (Reg. charity)***. 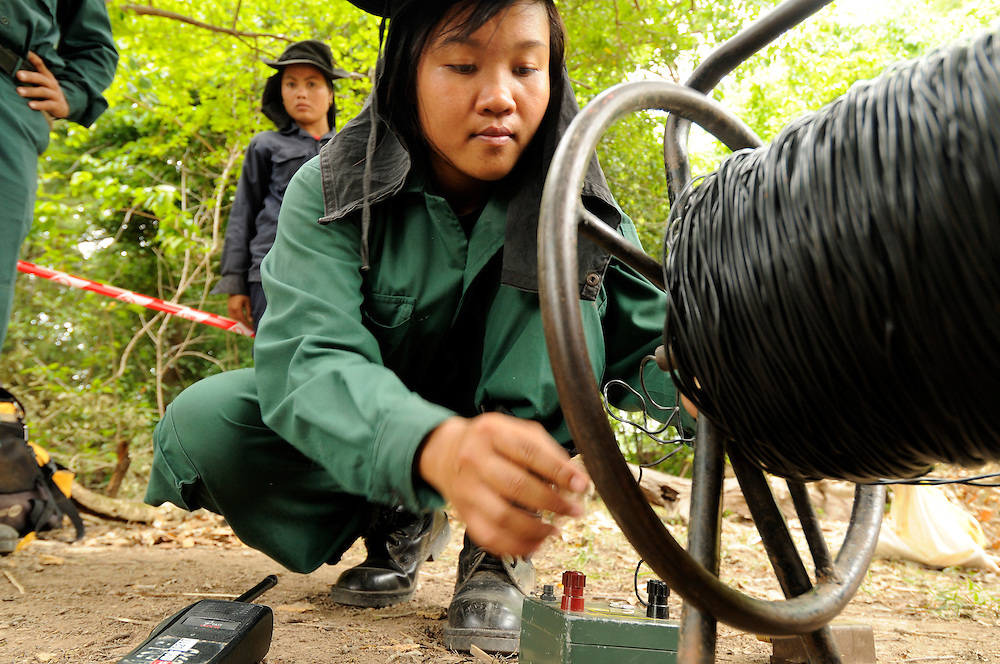