A refugee girl at Camp Ei Tu Hta on the Salaween River, Myanmar (Burma) on Monday, April 2, 2007. The camp started in early 2006 when 815 people fled from Taungoo District in Karen State due to increased violence by the Burmese State Peace and Development Council (SPDC). It is believed that these people along with many others who did not make it to the camp were displaced for being too close to the new Burmese captial city Naypyidaw. The camp population is currently 2,971 with new arrivals coming each day. Thousands of ethnic Karen are internally displaced people (IDP's) living in fear of their government. Human rights groups have documented thousands of abuses by the SPDC including forced labor, rape, human mine sweeping, murder, and ethnic cleansing. 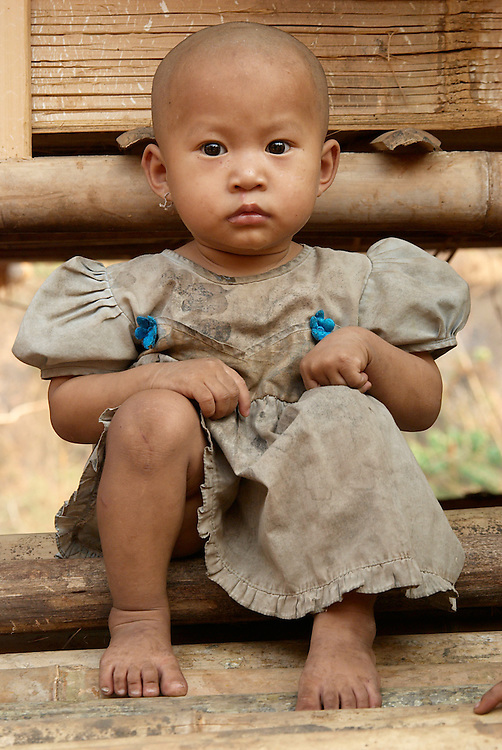