Afghan National Army recruits practice urban warfare training at the KMTC (Kabul Military Training Center) with mentoring by American and members of the 41 nation International Security Assistance Force (ISAF) coalition. Most training is done by officers from the Afghan Army. As of November 2008 the ANA was 68,000 soldiers strong and projected to reach 134,000 by 2012. CSTC-A and the Kabul Military Training Institute continue to churn out a 1,200 battalion of soldiers every two weeks. 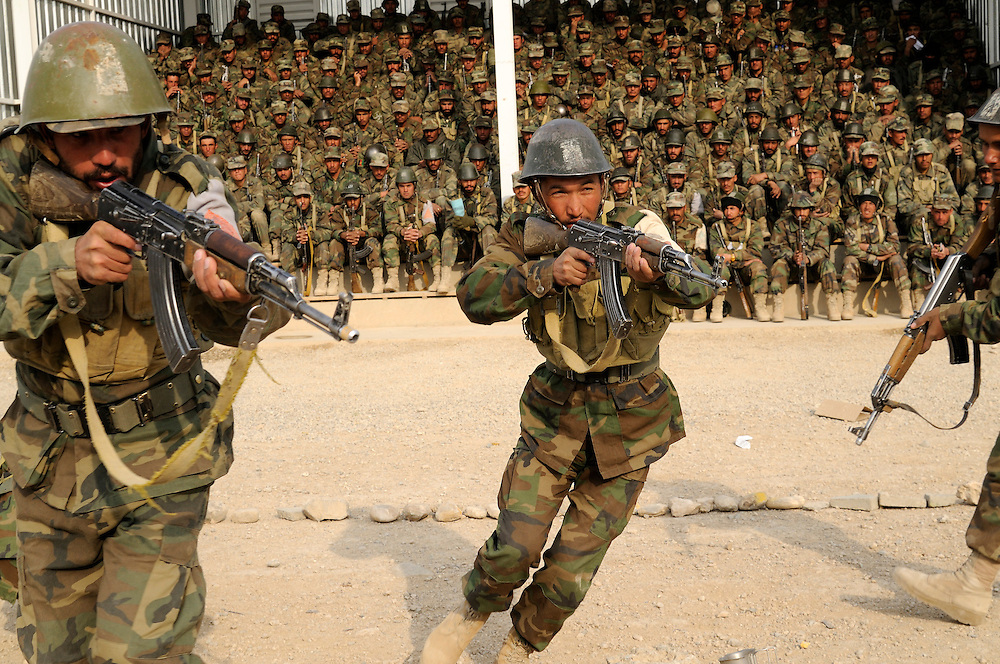