Alter carriers in the Phuket Vegetarian Festival Street Procession, Phuket Town, Thailand. Young men carry alters of the deity images though town which culminates at central locations where merchants cover them with huge strands of firecrackers and larger explosives. The louder and longer blasts are best to drive away evil spirits. The experience is deafening and engulfs the men and alters in a painful barrage of fire and smoke. ....** The Phuket Vegetarian Festival celebrates the beginning of Taoist Lent, when devout Chinese abstain from eating all meat and other vices. The festival takes place on the first 9 days of the 9th lunar month of the Chinese calendar. Everyone dresses in white and shopkeepers set up small alters with offerings of incense, flowers, candles, fruit, and 9 cups of tea to the 9 emperor deities honored by the festival. ....Mediums bring the 9 gods to earth entering a trance state and piercing themselves with all kinds of objects, climbing knife ladders, and walking on hot coals. The mediums participate in daily processions through town where they stop at the store front alters, drink one of the 9 cups of tea, and offer blessings to the merchants. The shopkeepers stand in prayer like fashion respecting the mediums that are temporarily possessed by the deity. The self torture is done to shift evil from individuals to the mediums and bring the community good luck.....Chinese tour groups come to witness since there is no record of this type celebration of Taoist Lent in China. The festival is believed to have started when a Chinese theatre troupe fell ill for failing to honor the 9 emperor gods of Taoism. They were quickly cured when they adhered to the 9 day ritual now held each year promoting inner peace, brightness, and proper hygiene. .. 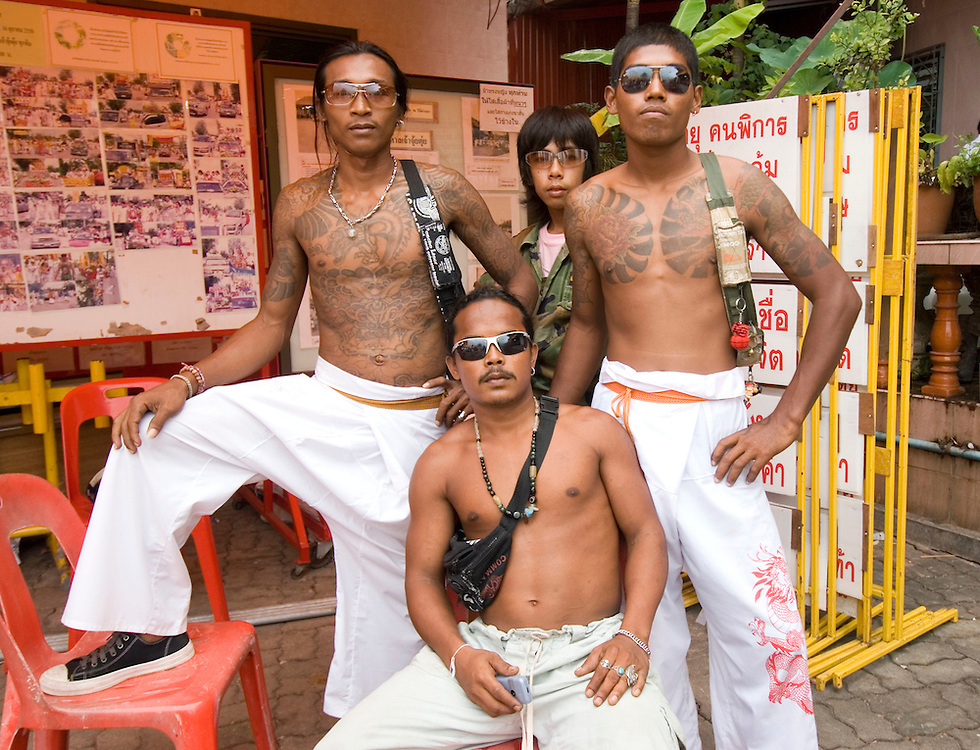